Several people has asked me if I do videos of my crafting, and while I’m not there yet, I am working on it. My brother, tech guru, will be helping me set up for video in the near future. Until then, I will do my best to explain, in photos, my processes.

For my group’s July ATC swap, one of the themes we could choose from was Red, While and Blue. A crafty friend had recently sent me a star-shaped die that she couldn’t use and I had the idea to make a patriotic ATC.

I cut my ATC bases from thick white cardstock and taped them into a Tim Holtz Stars & Swirls embossing folder. 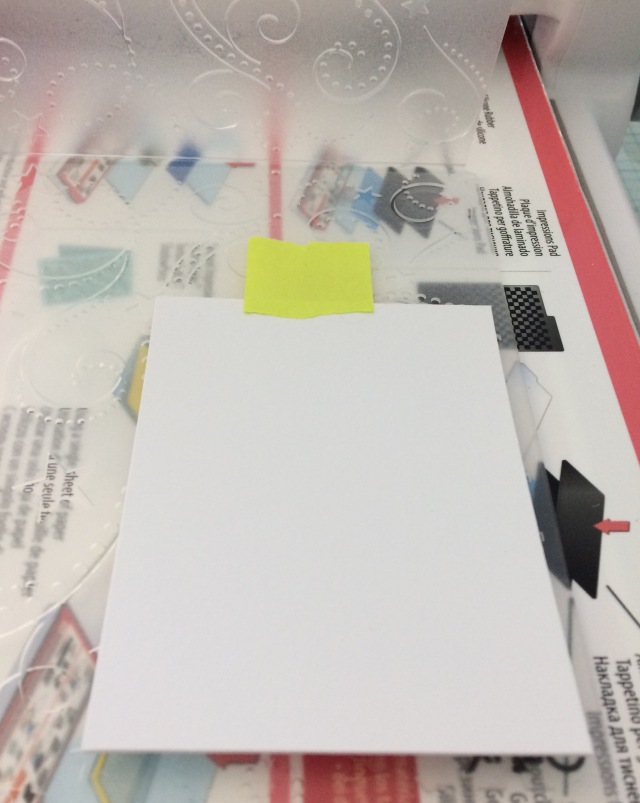 Then I used the die, from Simon Says Stamp to cut my design into the card stock.

Next I cut some craft foam the same size as my ATCs and die cut the star in approximately the same spot. It doesn’t matter if it’s not exact. You can adjust the foam layer and trim off any overhang later. 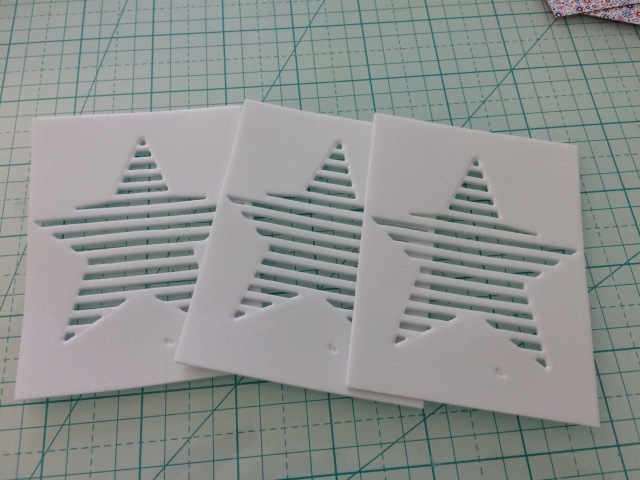 Using a red pen, I marked the two strips I didn’t want to cut in the foam. Using some sharp craft scissors, I carefully cut the rest of the strips to make the wells for my shaker elements. 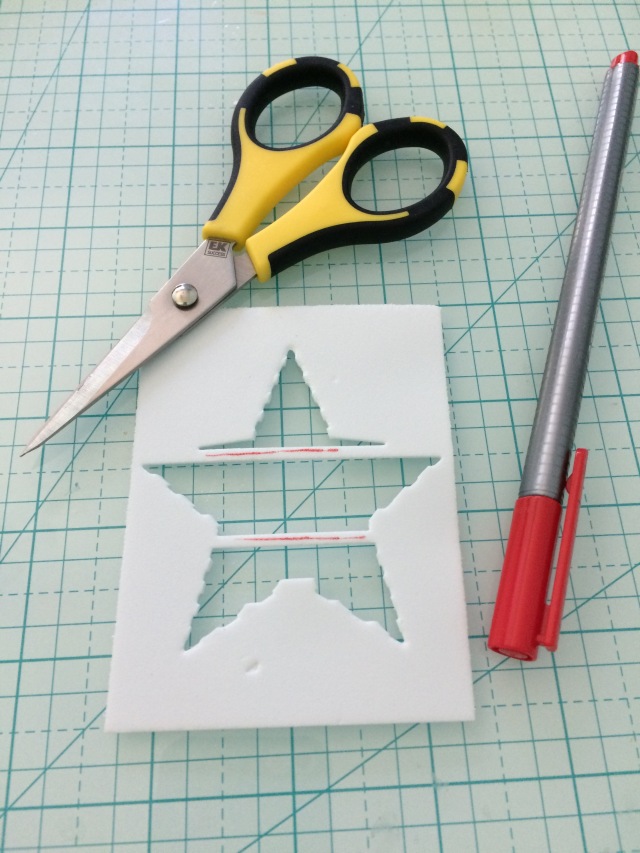 I picked out a piece of Doodlebug paper from the Yankee Doodle collection and cut my ATC sized backgrounds. 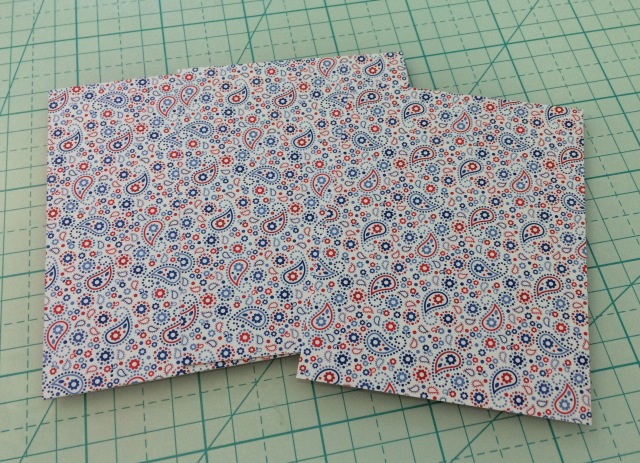 The next step was to adhere a piece of acetate to the wrong side of the card front using double sided tape. Then I used Glossy Accents on the foam piece and carefully positioned it onto the acetate, being careful to line the shapes up.

And at this point my camera died, of course, but all I did was fill the wells with red, white and blue microbeads and tape down the background.

I left the card for a little while to make sure everything was adhered down well (and to charge my phone). After a little bit, I put on my finishing touches, some red and blue Nuvo drops and a piece of red, white and blue twine in the shape of a bow. And my first set of July ATCs were done! 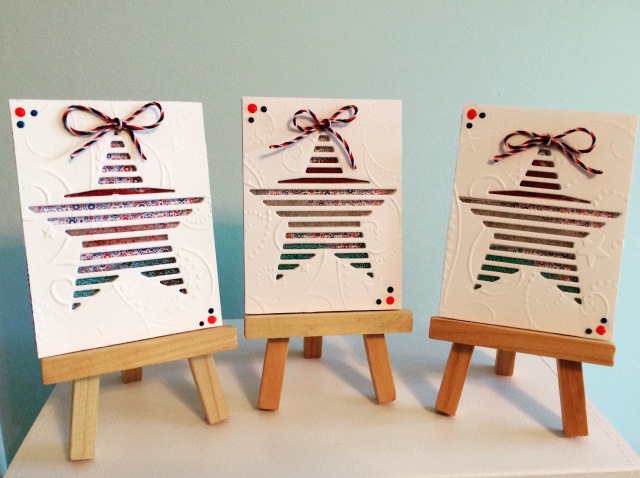 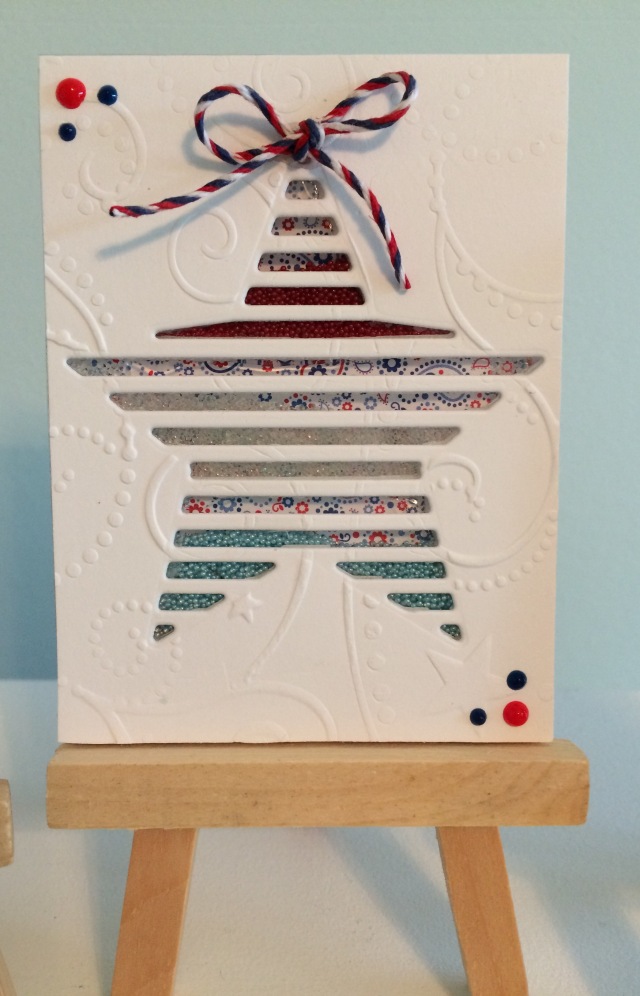 I’ll be back in a few days with my next set of ATCs for July!

One thought on “July ATCs: Red, White and Blue”