As soon as I found the Artist Soul stencil by Donna Downey, I couldn’t wait to use it. And the finished piece turned out better than I’d hoped!

I prepared my canvas panel with texture paste through the stencil, then painted the whole thing with white gesso. When it had dried, I took some Lindy’s Stamp Gang sprays — I believe I used the yellow, blue and green sprays from the Mermaid Seashells pack — and sprayed just the top of the canvas. I then picked it up and let the colors run down, pooling around the words. It took several coats of spray to get it all covered, moving down the canvas as I went. 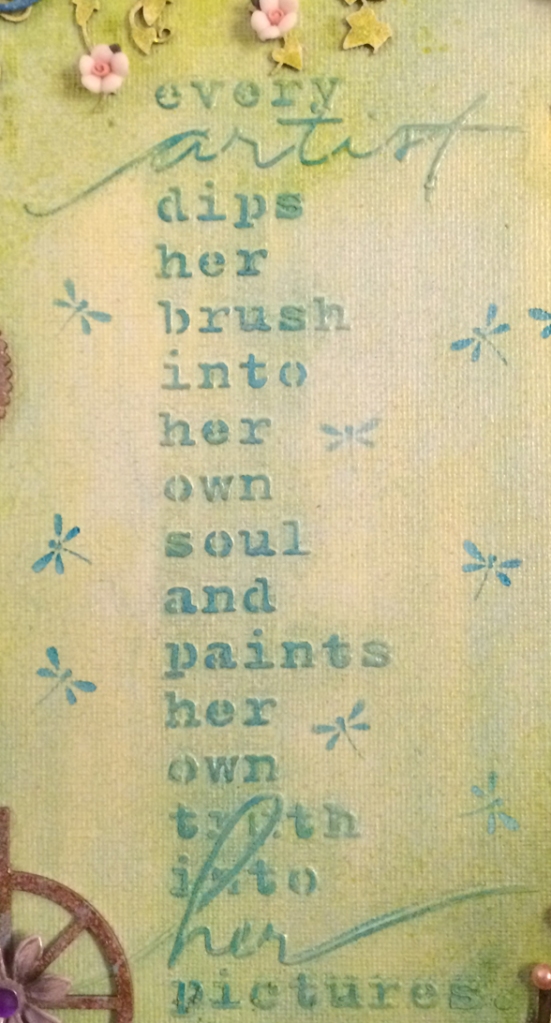 Of course, the words kind of faded into the background, so I layered the stencil back over the top of the words and used an ink blending tool and Tim Holtz Mermaid Lagoon ink pad to make the words pop. 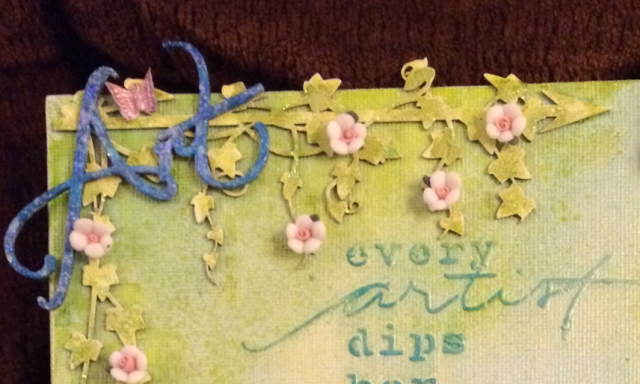 I added some painted metal accents and bling to the penny farthing, then created some little flowers with scraps and Prills. For the “grass,” those are green seed beads glues along the bottom. 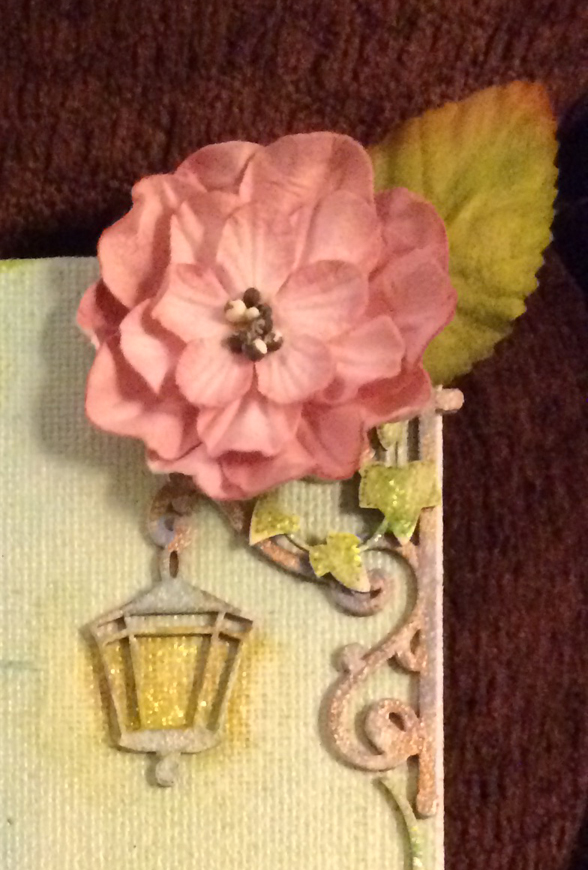 To finish up, I added a large flower in the upper right corner and filled in the lamp with yellow Stickles. It’s hard to tell in the photo, because I have such crappy lighting in my house, but it really does shine as though lit.

I also stamped some dragon flies randomly around… for no other reason than I like dragonflies. ^^;;